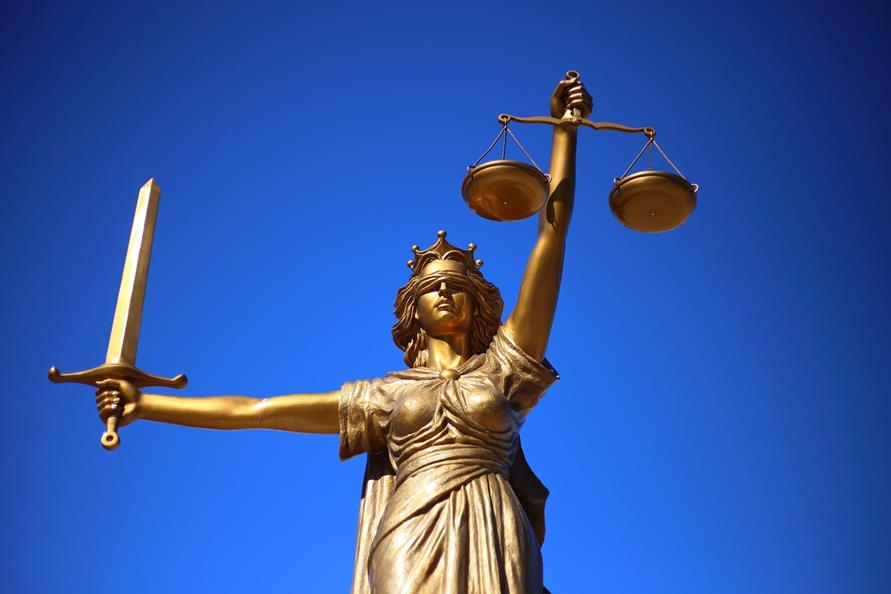 Volterra Fietta is proud to announce that it has been ranked, as it has every year since it was founded, amongst the UK’s leading international law firms by the independent Chambers and Partners UK Rankings 2021.  Both the firm and founding partner Robert Volterra retained their rankings for “Public International Law” and “International Arbitration”.  Robert also was one of the few practitioners to be included in Band 1 of the newly launched ranking for “International Arbitration: Arbitrators – UK-wide”.  The Chambers and Partners rankings included significant client and peer testimonials, which confirm the talent and drive of Volterra Fietta’s lawyers at all levels of seniority.

The Legal 500 Rankings 2021 had previously recognised Volterra Fietta as a Tier 1 firm.  It also included multiple lawyers of the firm in the prestigious categories “Hall of Fame” and “Rising Stars”.  In addition, earlier this week, Jus Mundi recognised Volterra Fietta as the Arbitration Team of the Month for its track record of victories in public international law disputes.

These rankings and testimonials reflect the dedication and the commitment to excellence of the firm’s highly specialised public international law experts.  The firm is thankful for the continued trust of its many clients around the world.  Volterra Fietta will continue providing them with innovative and practical advice so that they can succeed in their State-to-State, investor-State and commercial arbitration disputes.

In the last four months, there have been a number of significant developments in international law.

On 6 October 2020, the tribunal in Interocean v. Nigeria (ICSID Case No. ARB/13/20) issued an award rejecting the entirety of two US companies’ multi-billion dollar claims and awarding Volterra Fietta’s client Nigeria its arbitration costs.  The award confirmed that disputes between private shareholders of private corporate entities are unlikely to provide a basis for a successful investment arbitration claim.  It also confirmed that challenging effectively domestic judicial decisions before international courts requires having previously exhausted all viable local remedies.

On 9 October 2020, the Government of South Africa published a draft Expropriation Bill in its Gazette.  The draft Bill is part of a process, which includes a constitutional amendment, intended to introduce the concept of expropriation without compensation into South Africa’s legal system.  As discussed in a Volterra Fietta client alert, the provisions of this draft Bill might conflict with South Africa’s obligations under investment protection treaties and customary international law.

That same day, the UK Supreme Court issued a decision in the Enka v. Chubb case, clarifying the English law approach to the governing law of an arbitration agreement.  As explained in Volterra Fietta’s client alert, the decision has potentially material repercussions for parties entering into arbitration clauses that choose London as the seat of arbitration.

On 3 December 2020, Belgium announced the submission of a request for an opinion to the Court of Justice of the European Union (the “CJEU”) that might have significant implications for certain intra‑EU, energy-related disputes.  Specifically, the State asked the CJEU to rule on the compatibility with the EU treaties of the intra-EU application of the arbitration provisions of the draft modernised Energy Charter Treaty (the “ECT”).  In Achmea, the CJEU found that investor-State dispute settlement provisions of treaties between EU member States are incompatible with EU law.  Following the Achmea decision, a majority of EU member States signed a treaty to terminate their intra-EU bilateral investment treaties.  This move did not cover the ECT.  However, as Volterra Fietta recently explained in a client alert, EU‑based investors with energy-related investments in other EU member States should consider reviewing their investment protection coverage at an early date.  As with the Achmea judgment, it is likely that any new CJEU judgment resulting from Belgium’s request may be applied to intra-EU ECT investment disputes differently depending on whether these were initiated before or after the date of the CJEU judgment.

On 7 December 2020, the Council of the EU announced the adoption of a new sanctions regime, which will allow the EU to target individuals, entities and bodies responsible for or associated with serious human rights violations worldwide, no matter where they occurred.  The framework, which includes restrictive measures such as travel bans and the freezing of funds, follows the adoption of similar measures by the US and the UK to sanction grave human rights abuses.

On 11 December 2020, the International Court of Justice (the “ICJ” or the “Court”) rendered its judgment on the merits in the Immunities and Criminal Proceedings (Equatorial Guinea v. France) case.  The ICJ found that France’s search and seizure of various items from a building in Paris in connection with a criminal investigation into the Second Vice-President of the Republic of Equatorial Guinea had not breached France’s obligations under the Vienna Convention on Diplomatic Relations (the “Convention”).  The ICJ based its decision primarily on its finding that the building had never acquired the status of “premises of the mission” within the meaning of Article 1 of that Convention.  This judgment confirms that a sending State cannot unilaterally impose its choice of mission premises upon the receiving State where the latter has objected to this choice in a timely, non-arbitrary and non‑discriminatory manner.

On 18 December 2020, the ICJ issued its judgment on jurisdiction in the case concerning the Arbitral Award of 3 October 1899 (Guyana v. Venezuela).  Based on an agreement signed by Venezuela and the UK in 1966 (the “1966 Agreement”), to which Guyana also became a party after its independence that same year, the ICJ found that it had jurisdiction to entertain Guyana’s claims concerning both the validity of an 1899 award and the related land boundary dispute between Guyana and Venezuela.  However, the Court also found that it lacked jurisdiction ratione temporis to rule on Guyana’s claims arising from events that occurred after the signature of the 1966 Agreement.

In yet another ICJ development, on 21 December 2020 the Court announced the establishment of an ad hoc committee that will monitor the implementation of provisional measures indicated by the Court.  The committee, composed of three judges, will examine the information supplied by the parties in this regard, report periodically to the Court and recommend potential options.  Any final decision in this respect must be taken by the Court.

On 24 December 2020, after years of negotiations, the UK and the European Commission reached a Trade and Cooperation Agreement on the terms of the UK’s future relationship with the EU.  The agreement consists of three main pillars: (i) a free trade agreement; (ii) a new partnership for citizens’ security; and (iii) a horizontal agreement on governance.  It does not cover foreign policy, external security and defence cooperation.  Nor does it address any decisions relating to equivalences for financial services, the adequacy of the UK data protection regime or the assessment of the UK’s sanitary and phytosanitary regime for the purpose of listing the UK as a third country allowed to export food products to the EU.  The agreement has been provisionally applied since 1 January 2021, pending the consent of the European Parliament and conclusion by the Council of the EU decision in the coming weeks.

On 29 December 2020, the President of France enacted the 2021 Finance Bill, which includes an amendment that will retroactively revise downward the feed-in tariffs payable under solar power supply contracts concluded more than ten years ago between the State and photovoltaic energy producers.  The measure has provoked concerns among many parties involved in this sector, some of whom fear a systemic risk to all renewable energies.  As Volterra Fietta’s client alert explained, solar industry participants in France and around the world should pay careful attention to these developments and to their legal rights under investment treaties.

Following Honduras’s deposit with the UN Secretary-General of the 50th instrument of ratification of or accession to the Treaty on the Prohibition of Nuclear Weapons (the “TPNW”) on 24 October 2020, the TPNW will enter into force on 22 January 2021.  The TPNW contains a series of prohibitions on nuclear weapon activities.  These include undertakings not to develop, acquire, possess, use or threaten to use nuclear weapons.  The TPNW also prohibits the provision of assistance to any State in the conduct of prohibited activities.  States parties also must prevent and suppress any activity prohibited under the TPNW undertaken by persons or on territory under their jurisdiction or control.  However, the current State parties to the TPNW do not include any of the States known to have nuclear weapons. 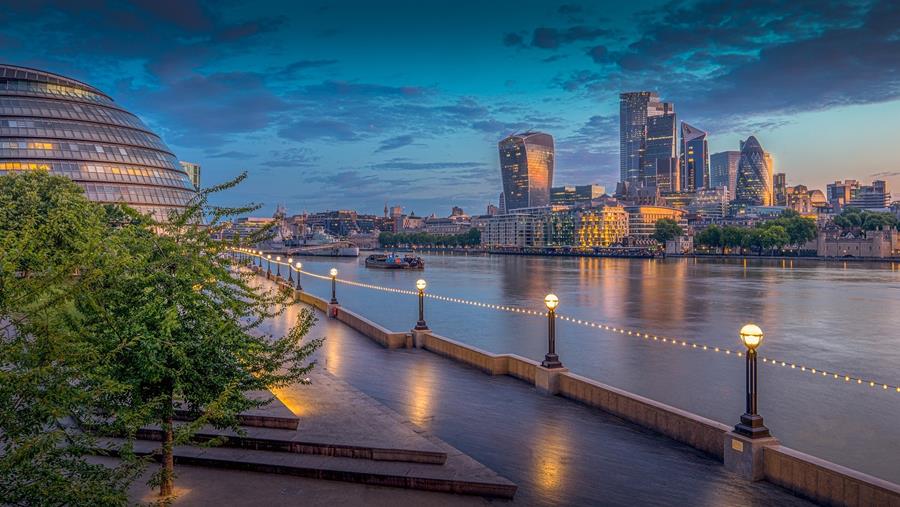 On 6 October 2020, Volterra Fietta Partner Graham Coop was a speaker at the 3rd Serbian Public Private Partnership Conference.  The topic of his presentation was “New PPP platforms for transport infrastructure, renewable energy and energy efficiency: how investment protection can contribute”.

On 16 November 2020, Volterra Fietta Counsel Álvaro Nistal gave a lecture on the “International law implications of the United Kingdom Internal Market Bill”, organised by the School of Law of the Bloomsbury Institute.

On 30 November 2020, Volterra Fietta Partner Graham Coop participated as a guest speaker in an online seminar on “The Energy Charter Treaty: what can it offer to major energy producing and consuming countries such as China?” hosted by The Chinese University of Hong Kong.

In addition, the firm continued with its programme of popular virtual seminars on a variety of topical subjects.  Recordings of each of these seminars are now available on Volterra Fietta’s website.

On 25 November 2020, Volterra Fietta hosted a seminar on “Addressing payments defaults and flow of funds difficulties during the Covid-19 crisis”.

On 26 November 2020, the firm organised a seminar on “Greening the treaty? The road to modernising the Energy Charter Treaty”.

On 9 December 2020, a panel of international law experts from all around the world discussed a series of issues concerning “Foreign investments in times of turmoil and public international law”.

In the coming weeks, Volterra Fietta plans to offer seminars on the following topics:

– Fight or flight – litigation or settlement?  How should things be done differently in the post-COVID virtual world?

– Deep sea to deep space:  the future of mining

– Indo-LATAM investments:  protecting investments in the next forefront of global relations

– Between a rock and a hard place:  must we choose between Covid-19 recovery and addressing climate change?

If you would like to be added to Volterra Fietta’s invitation list for these events, please email your name and affiliation to info@volterrafietta.com.